When we first arrived in Munich this summer, on our way to my wife’s family’s house we get to (well, I get excited about it) drive through the Hallertau and Danau river regions as we make our way north.  This year that included stopping at Kloster Weltenburger, known for it’s award winning Munich Dunkel.  It’s a monastery located along the Danau (Danube) River, upstream from Regensburg in northern Bavaria/Frankonia region.  You drive through hop farms in Hallertau to get there.  Not a bad way for a German beer lover to arrive in Munich.  2 hours after we land we’re at a famous biergarten in the middle of a famous hop region.

The biergarten is located in the courtyard of the abbey and is a very picturesque German setting. 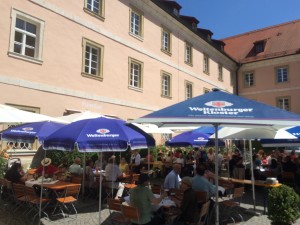 Their Munich Dunkel is a great beer!  I was surprised how close it is to the recipe I have brewed several times (which I will post later).  On the first sip I noted…Weyermann Munich 2!  Very similar flavors. 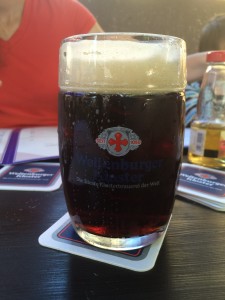 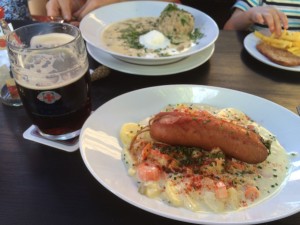 Past the doors of the abbey takes you out to the ‘beach’, literally a stones throw from the Danube River. 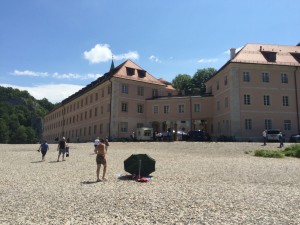 This entry was posted in Community, Styles and Examples. Bookmark the permalink.